Molecular hydrogen is a

You might ask your teacher if you aren’t able to know the grading system. By means of example, lets assume your essay’s objective is to compose a summary. A custom written document is one which is composed to your requirements. In the exact same manner, some narrative essay writer papers have single word topics that are critical in making a title as the author will probably be at their very own freedom to invent a name dependent on the very important word. You might also offer your individual views in the conclusion of the poetry essays about the outcome and this issue. It’s critical that you learn early on how best to compose effective essays that convey and achieve goals. A story essay is a part of writing which is written from the very first person standpoint. After all, it’s your own essay.

system dominated by quantum effects at temperatures below 25K. Quantum effects are very large here, as seen in the pair distribution functions. Classical treatments fail entirely in this case. In particular, the system freezes at 14K if treated by a classical molecular dynamics simulation. Even at 25K, the kinetic energy obtained by static path integral Monte Carlo (PIMC) calculations exceeds the classical estimate 1.5 kT by over 60%. 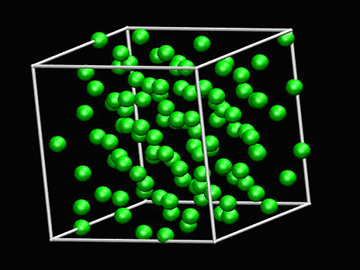 The calculations were performed using the FBSD method with a single-bead pair-product propagator (PPP) approximation to the Boltzmann density at several thermodynamic state points (between 14K and 25K) under nearly zero external pressure. The calculations employ the Silvera-Goldman potential, where a para-hydrogen molecule is treated as a spherical particle. The large quantum mechanical effects  in this system are also witnessed by the large magnitude of the imaginary part of the correlation function.

The diffusion constant is calculated from the time integral of the real part of the correlation function. The results were in excellent agreement with experimental values at temperatures higher than 20K.

Further, we have developed a simple and efficient method for calculating symmetrized time correlation functions of neat quantum fluids. Using the PPP approximation to each complex-time quantum mechanical propagator, symmetrized correlation functions are written in terms of a double integral for each degree of freedom with a purely positive integrand. At moderate temperatures and densities, where the pair-product approximation to the Boltzmann operator is sufficiently accurate, the method leads to quantitative results for the early time part of the correlation function. The method was applied to liquid p-hydrogen at 25 K and used to obtain accurate quantum mechanical results for the initial 0.2 ps segment of the symmetrized velocity autocorrelation function of this system, as well as the incoherent dynamic structure factor at certain momentum transfer values.  The quantum mechanical PPP results were in excellent agreement with those of our earlier FBSD calculations.